Secondary Cause of Death is a comedy thriller by Peter Gordon.

It’s 1939, and storm clouds are gathering over Europe. Colonel Charles Craddock has inherited Bagshot House, and he has converted the property into a hotel for the “discerning visitor”. It isn’t long before the hapless Inspector Pratt arrives once again at Bagshot House, bearing grim news for the Colonel. But that’s only the start of the Colonel’s woes! Who is the strange Polish Count? Is Henrietta really an army captain? And where does the flamboyant thespian Cardew Longfellow fit into the picture? When Joan Maple’s sister Cynthia arrives to stage a murder mystery evening, it’s not long before Pratt’s visit turns into a chaotic nightmare as the bodies pile higher than ever!

Please click the image to view a flipbook version of the show programme. The photo gallery courtesy of Ian M Butterfield is here. 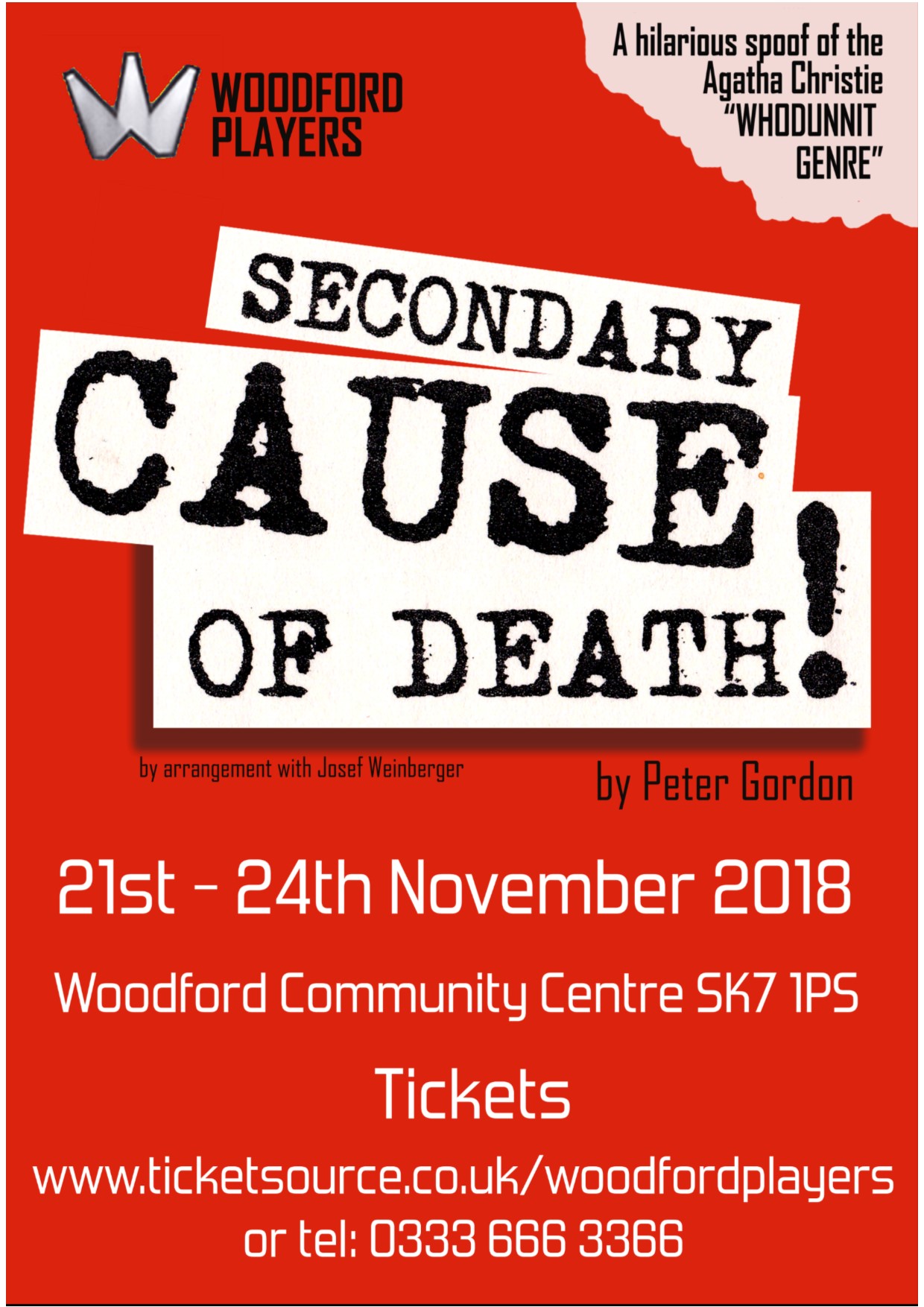 Details about advertising in our show programmes is here.